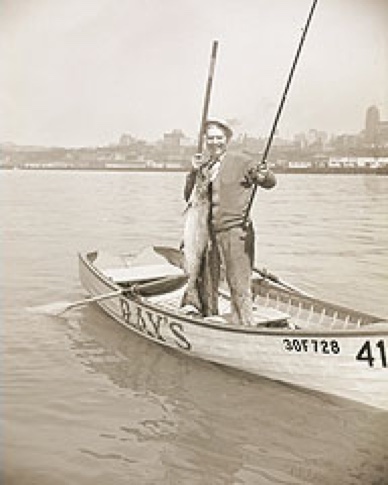 In 1939 the original owner, Ray Lichtenberger, moved his
growing boat rental and bait house to the current location and
in 1945 opened a coffee house. By 1952, he’d built the neon
sign that flashes “RAY’S” in bold, red letters on the dock
overlooking Shilshole Bay at the crossing point to Puget
Sound and the Hiram M. Chittenden Locks leading to Lake
Washington.

Through the 1960s Ray’s operated as both a casual fish-and-chips
cafe and boat rental. In 1973, Russ Wohlers, Earl Lasher
and Duke Moscrip bought Ray’s Boathouse and quickly
refurbished the structure, transforming into a nationally
respected seafood restaurant while maintaining its cordial,
glad-to-see-you atmosphere. While Moscrip left to pursue
other restaurant ventures, Elizabeth Gingrich joined the owner
team in 1975 and former Seattle Sonic Jack Sikma joined in
1986.

A NEW
GENERATION
OF LEADERSHIP.

Under Wohlers’ guidance, Ray’s
built its reputation on seasonal
dishes prepared simply to highlight
the favors of impeccably fresh
seafood and the freshest locally
grown produce. Ray’s became part
of what has been called a food
revolution in the Pacifc Northwest,
helping to introduce a fashionable
and distinctive regional cuisine
built around Northwest products,
microbrews and wines.

Ray’s was the first to reintroduce to
Seattleites Olympia oysters, the
region’s only native oyster, and
heralded Northwest delicacies such
as singing scallops, Loughborough
Inlet spot prawns, Copper River
Salmon, Bruce Gore “frozen at sea”
salmon and the concept of red wine
with fish. In 1976, Ray’s was also
the first local restaurant to
purchase its own wholesale fish
buyer’s license, allowing it to buy
directly from the fishermen,
ensuring the freshest catch.

On May 26, 1987, at the height of its popularity, Ray’s
Boathouse burned to the pier. The four-alarm fire was
reported by major newspapers across the country and
footage of the fire appeared on national newscasts.
Seattleites responded overwhelmingly to rebuild the
landmark and a new Boathouse opened in April 1988.

On May 23, 1997, Ray’s suffered its second fire nearly ten
years to the day of the first fire. Fortunately, damage was
contained to the Boathouse kitchen and the restaurant
re-opened in July 1997. 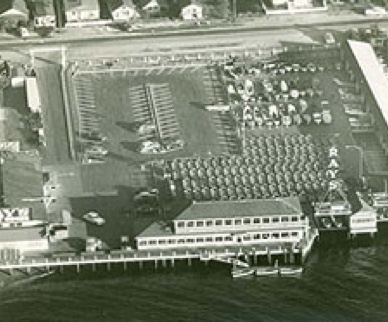 In 2017 longtime Ray’s co-owner,
Elizabeth Gingrich retired and we
welcomed two new co-owners to
our family: Tom Olsson, a longtime
Ray’s team member who
started in Ray’s kitchens and
worked his way to Chief Financial Officer, and our
General Manager Douglas Zellers
who has a long history of managing
iconic local restaurants. We love
the energy, passion and innovation
they bring to the team daily, and
look forward to this new chapter!

Ray’s is proud to maintain a strong
commitment to the community by
participating in local fundraisers,
supporting local charities, sourcing
sustainably, and nurturing long
standing relationships with local
purveyors. We look forward to
seeing you soon!