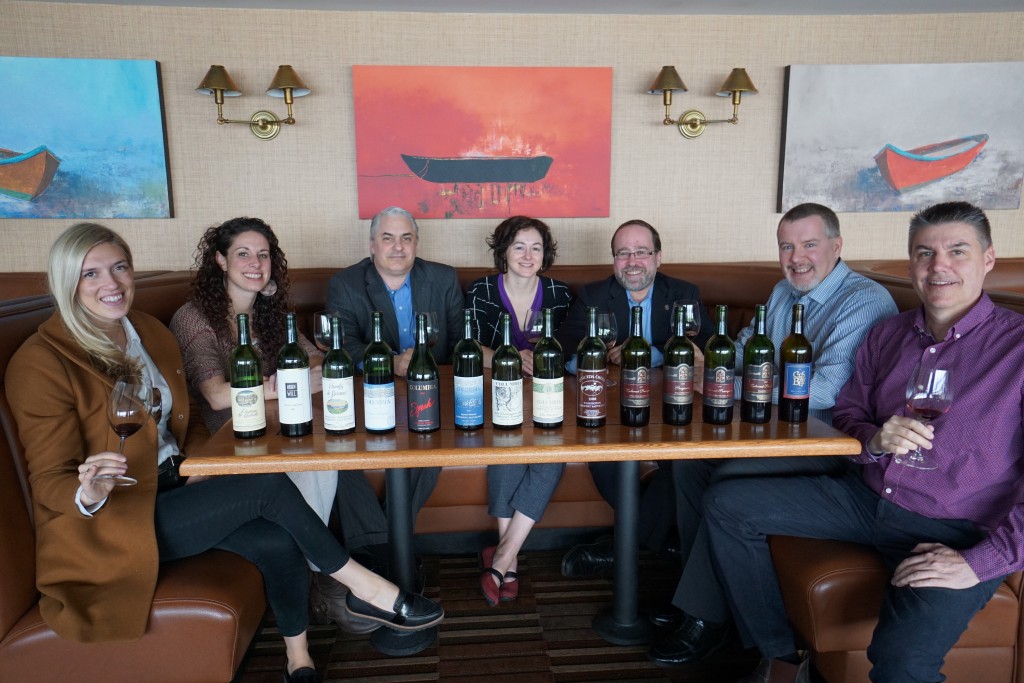 What is old is new again?

I admit it. I am guilty of holding on to my silk paisley ties that were fashionable many years ago in hopes that they would be stylish enough to wear again. Certain things never go out of style, right?  OK, I admit I know close to nothing about fashion but I do understand/respect pedigree and I have learned patience.  While I still have my ties “cellared” I recently “un-cellared” all of my oldest Washington Wines.  I promised Sean Hails (Winemaker, Columbia Winery), Master Sommelier Thomas Price, Sean Sullivan (Founder, Washington Wine Report), and a few other esteemed colleagues that we would double blind, taste, and casually compare notes on 14 rare older Washington wines. Both pedigree and patience showed up in spades at this recent private tasting. I can’t think of a better way to support of Washington Wine Month than to, once again, prove that Washington wines stand the test of time.

While we passed brown bagged wine around the table the conversation was for the most part was quiet.  The typical technical ‘cork dork’ lingo with tasting note spreadsheets and laptops was absent. And we are all guilty of sometimes getting lost in the west facing view from Ray’s Boathouse dining room, but this was not the case either. What was clearly present in the silence was the contemplativeness of what we were tasting.  What we were lost in was the ageless beauty of Washington wine produced in its infancy by pioneers such as Master of Wine David Lake and vineyard genius’ like Otis Harlan. The transition from the 80’s through the 90’s was seamless and the most impressive part to me was less the winemaking skills, and more the consistent sense of place. The foresight and skill to seek perfect areas to plant and farm vitis vinifera and capture the vision of the early pioneers is something that was contained in every one of these bottles. And it poured out beautifully.

Two wines stood out as our favorites so we of course unveiled them first.  The 1995 Leonetti Cellar Cabernet Sauvignon was tops pretty much across the board. Running a very (very) close second was the 1988 Columbia Winery Red Willow Vineyard Syrah.  If you are old enough to recall (or smart enough to read the back label) this was the first Washington Syrah ever produced for sale.  It was showing beautifully. Again, quiet contemplation.  Impressed, oh yes. Surprised, not at all.  The first Syrah from Washington: Patience and pedigree.

Washington wine as it is today was built on the stakes that were driven into the ground in the 60’s. Each of us that has made a living buying, selling, and serving Washington wines should take a moment and re-up on the history behind it.  Get back our roots.  Pull an old bottle out and enjoy it. May you be as impressed as we were. Paisley ties not required.

Community Spirit in 2020 & Looking Ahead to 2021 As we enter the New Year, I wish to take this time to reflect on some wonderful things that our community helped make happen in 2020. I hope to convey my gratitude for all of the hard work and dedication that our guests, team, fishers, …