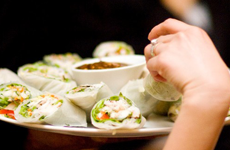 We know the holidays are hectic and filled with extra plans and busy weekends. Let Ray’s Catering take the stress of planning holiday events and seasonal gatherings off your plate!

At Ray’s, we’re gearing up for the season and putting together a special menu with many delicious options for your guests… and less decisions for you! Whether it’s a lunch gathering, large dinner event or cocktail reception, Ray’s can do it all. We also bring the party to you with catering in your home or at a local venue of your choice!

Enjoy our special holiday catering menu for any events you have now through December 31st. Our expert event team will handle the details so you can enjoy your friends, family or coworkers. 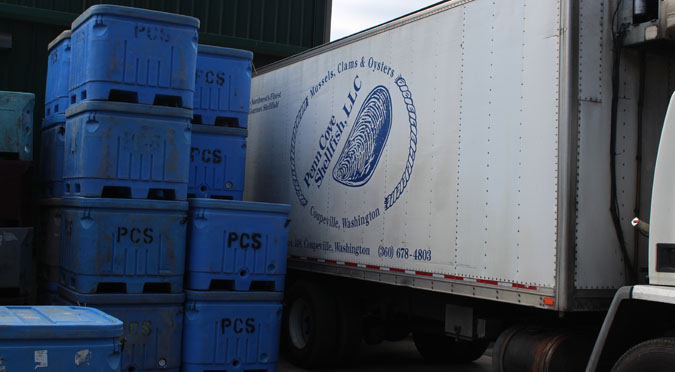 It takes passion and high standards to be a farmer. 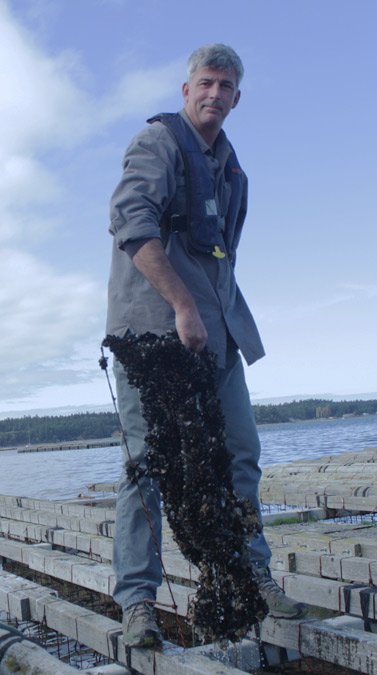 Penn Cove proves it in their products by supplying us with beautiful fresh mussels from pristine Puget Sound waters. How they do it and why they do it is what brought Ray’s in for a visit.

Penn Cove is a beautiful location on Whidbey Island. It’s your typical quiet, serene bay where you dream to live. Looking toward the weather protected south end of the bay, there is a series of rafts where the mussels grow below the water’s surface. Mussels seeds are collected and then grown on lines that hang 20 feet down into the water. It was described to us as an underwater mussel forest. Some of the Penn Cove Shellfish growers’ success can be owed to our Cascade Mountains. From there, minerals flow through the rivers and pump the Puget Sound with nutrients that mussels thrive on.

Ray’s General Manager Doug Zellers, our Cafe Manager Emmett and myself, Sous Chef Steve Hauch, met the gang that runs the farm. Tim Jones, Penn Cove Shellfish’s Operations Manager, gave us the lowdown on basics of how to grow thousands of pounds of mussels at a time. He showed us an app and pointed at the map, and that was it, right? Not even close. 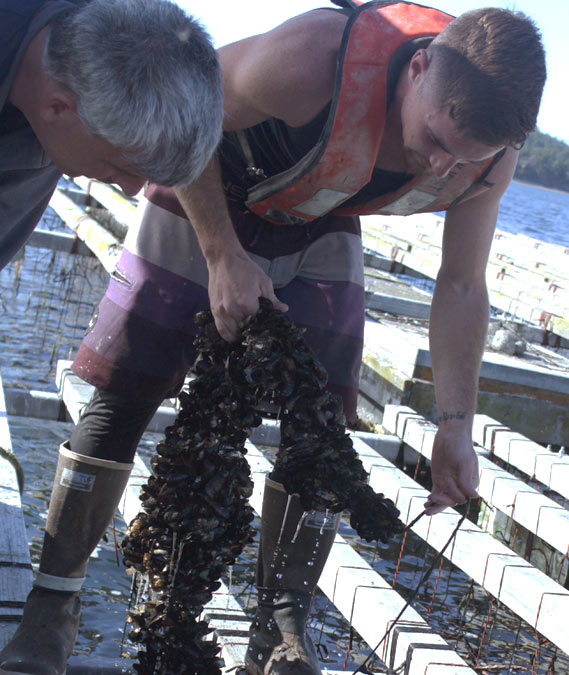 At the shoreline, a skiff cruised up and we all jumped in.  Tim chauffeured us through the bay to one of the rafts where the mussels grow. He pulled a line out of the water and there they were. There must have been a thousand mussels growing on the single line. He and an employee discussed how the daily harvest was going for the day while pulling on some ropes that were hanging in the water. As they inspected the size and quality Tim says, “let’s move the crew to this raft, these look good.” 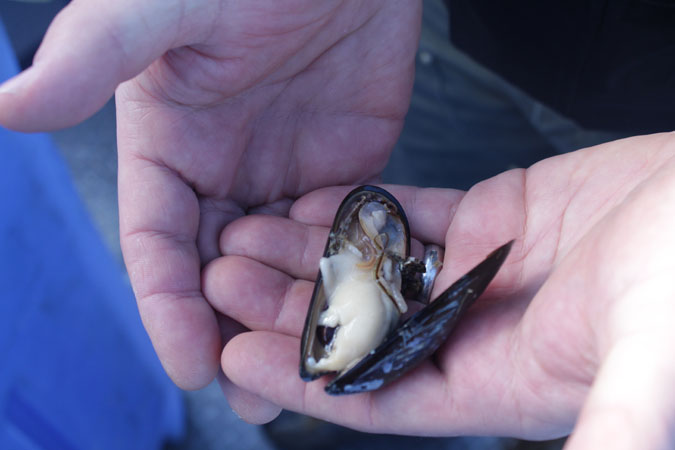 Pushing away from the raft, we went  to another, here there was a much larger barge where all the action was happening. The mussels were being pulled out of the water and put through a series of small machines to remove them from the line and pull the beards off.  Next in line were sent to several workers who sorted the good from the bad. Another employee was busy bagging them up, ten pounds at a time. I admired this crew, although it was sunny and calm that day, imagine working in the cold, wind and rain. They tell me they’ve missed only one harvest day due to ice in the bay. For that, Ray’s thanks all of the Penn Cove Shellfish crew for what they do. Farming anything is hard work.

Penn Cove has provided Ray’s with shellfish since the 1980’s and has been a staple on our menu. We appreciate the product they’ve supplied our guests and chefs, from past to present, for more than 30 years. Thanks to everyone at Penn Cove Shellfish, from the office to the beach and on the water. Their passion is proven in the excellent, high-quality product they produce, and Ray’s continues that passion and quality from bay to table.

Enjoy a gorgeous 3-course Valentine’s menu by Executive Chef Paul Duncan at Seattle’s best waterfront restaurant!  Menu is available in the Boathouse Thursday, February 13 to Sunday, February 16, 2020 from 5-9pm. Let our sommeliers select the perfect bottle of wine or champagne to accompany dinner and make it a night to remember! 3-course menu is …