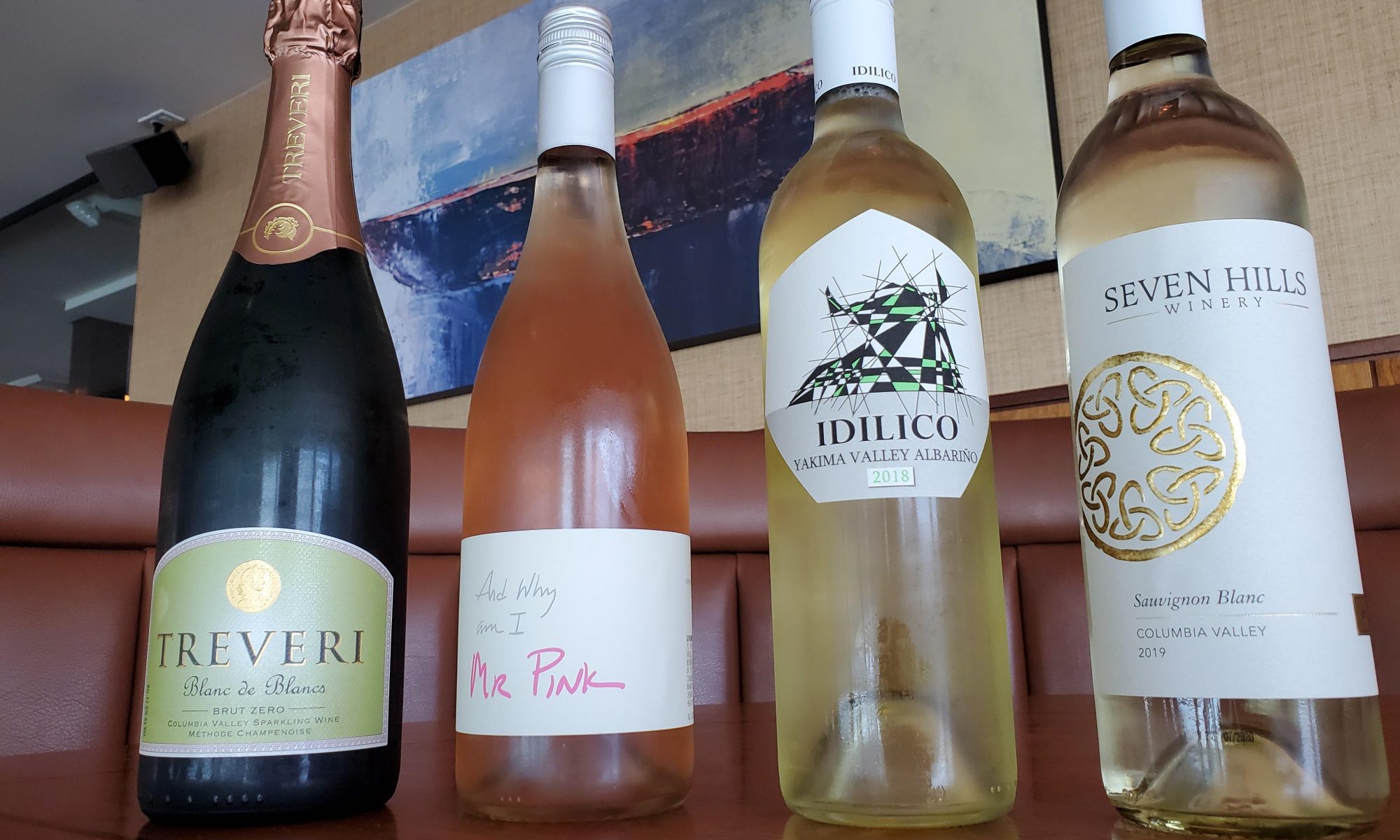 August is Washington State Wine Month! Celebrate our incredibly diverse and vast wine industry all August at Ray’s! You can enjoy local bottles and glass pours in the Cafe or order our brand new wine sampler packs online via Toast to sip at home!

Here’s more fun details about each of the Washington wines we’re featuring in the pack! Read on below to learn about the rest of our Wine Sampler Packs and order yours on Toast today!

Washington Wine Summer Sampler Pack
Four bottles of Washington wine to enjoy in the sun! A Rosé, some bubbles and two crisp, non-oaked whites for just $70.

This 2018 cult rosé is back, and better than ever! Perfectly pink, with flavors full of fresh picked cherries, crisp watermelon, pomegranates, and lip-smacking acidity to balance out the mouthwatering fruit. This year’s “Mr. Pink” deserves to be stocked in your fridge! The Underground Wine Project is a collaboration between Washington wine makers Mark McNeilly (Mark Ryan Winery) and Trey Busch (Sleight of Hand Cellars). Mark and Trey are close friends of nearly 14 years and have both have launched successful wineries in their respective parts of Washington State.

Treveri’s Blanc de Blancs Dry, sparkling wine is fruit-forward and simply stunning! Hints of citrus and melon round out a creamy finish. Treveri is a family-owned sparkling wine house that has been producing some of the finest handcrafted sparkling wines in the United States since 2010.

Seven Hills 2019 Sauvignon Blanc is zesty, crisp and refreshing, with bright fruit and honeysuckle with an underlying richness, resulting in a wine of medium body and substance. With hints of pineapple, clementine, honeysuckle and white pepper, you’ll want a full bottle of this for summer! Casey and Vicky McClellan founded Seven Hills Winery in 1988 and were among the first handful of wineries to open in the Walla Walla Valley. Casey remains head winemaker, logging 31 vintages under his belt.

When sipping Yakima Valley Albariño, look for notes of citrus and tropical fruit followed by luscious, crisp and refreshing flavors. Drink outside in the sunshine for best results! Idilico is the only winery in Washington focusing exclusively on Spanish varietals grown in Washington State. Washington vineyards are ideally suited to grow finicky Spanish grapes like Albariño. Contrary to popular belief, wine regions in Spain are not balmy and endlessly sunny. In fact, most top growing regions in Spain best resemble Washington State! Dry desert conditions, hot daytime temperatures with big temperature swings at night, all wrapped up in a short growing season.

Don’t miss our other sommelier-selected Wine Sampler Packs including:

100 Point Cellar Collection
All five of these wines have scored 100-points by at least one famed wine writer! Create a 500-point dinner for your friends or family! $1000 for all five bottles.

Pinot Pack Advanced
Three of the top Pinot Noir producers and one bottle from each of the three best places in the world to grow Pinot! $350 for all three bottles.

Intro to Dessert Wine
You’ve probably tried port or sherry, but our Intro to Dessert Wines Sampler Pack features three that will make liquid dessert your next favorite thing! $125 for three bottles with the option to add a fourth for an additional $85.

Impress Your Friends & Blow Up Your Cellar Pack
Six legendary and rare wines! Each could be the centerpiece of your collection; together, you’ve got a flight for the ages. $1350 for all six bottles.