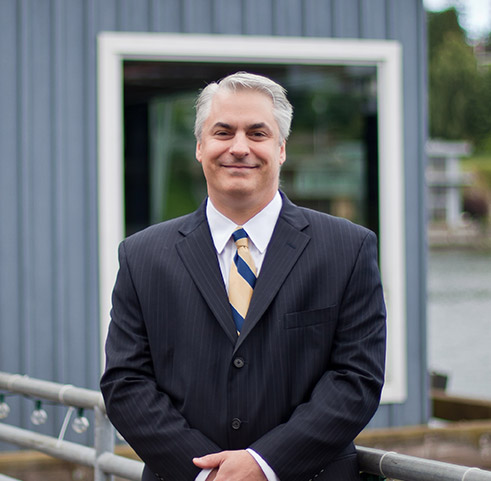 In his nearly 40 years in the hospitality industry, Douglas Zellers has had the opportunity to lead a diverse range of food and beverage operations, execute multiple high profile grand openings, restructure iconic programs, and has had the honor of working with Seattle’s top hospitality brands leading some of the most amazing teams.

Raised in Pennsylvania, Douglas worked his way up the culinary hierarchy within a wide range of food and beverage operations including family-owned businesses, multi-unit operations, and a local ski resort. Graduating from Dickinson College in 1991, Douglas then moved west to join the emerging global food and wine scene in Seattle. Finding a niche as a grand opening and turnaround specialist Douglas has helped open The Port of Seattle World Trade Center private dining rooms, The Wild Ginger 3rd and Union, and The Triple Door Music Theater. In the last 12 years he has helped reposition and revitalize food and beverage programs at the Washington Athletic Club and Palisade Waterfront Dining.

Douglas finds passion through service and after 11 years of dedication is now emeritus Chef du Sommelier for the annual Auction of Washington Wines that benefits uncompensated care at Seattle Children’s Hospital. His dedication to the advancement of the Washington wine industry helped earn him the 2010 Walter Clore Honorarium, the Washington Wine Commission’s lifetime achievement award. Douglas continues his giving though mentoring many of Seattle’s young up and coming food and beverage professionals not only within the teams that he leads directly, but also through participation at organizations such as FareStart and the Seattle Community College Culinary Advisory Board. 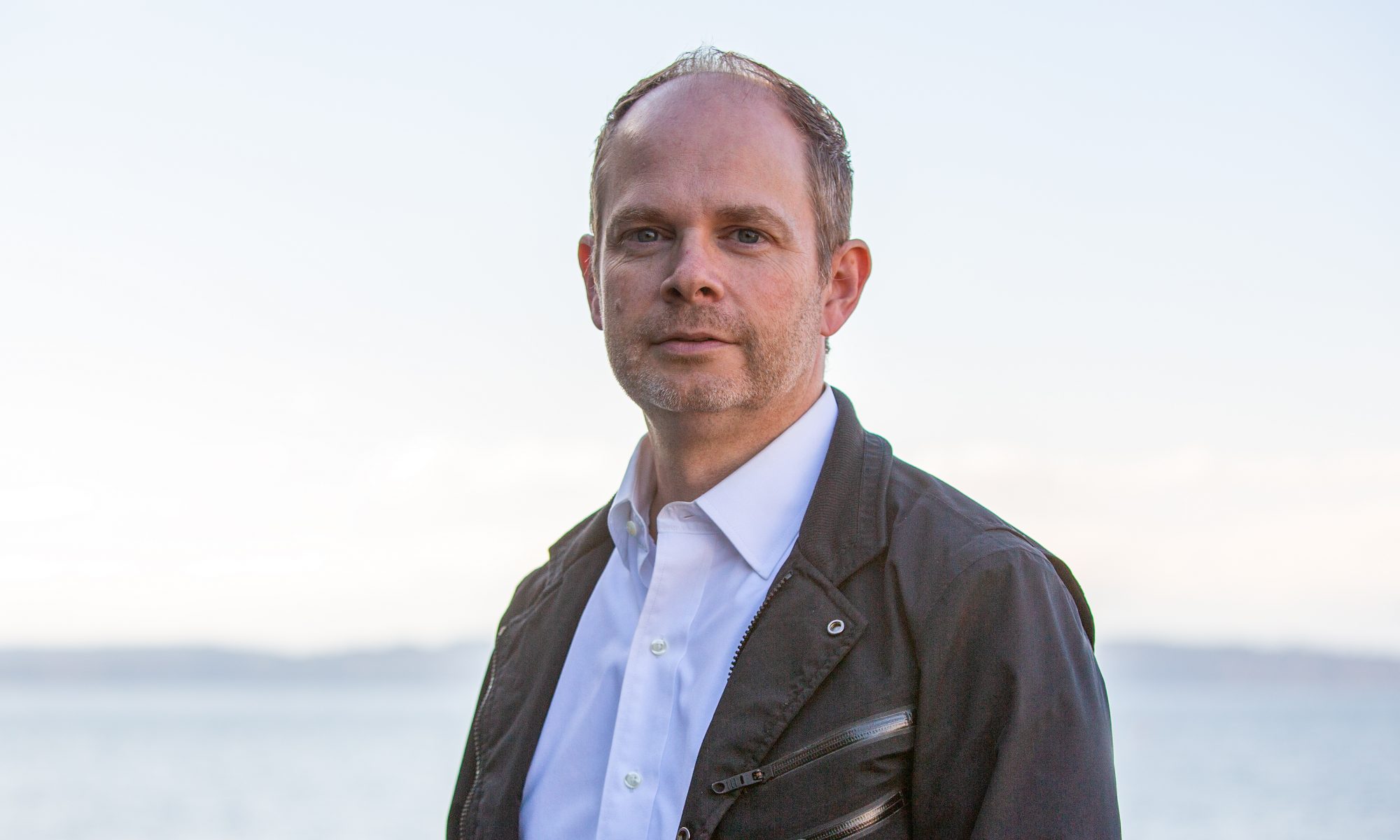 Tom Olsson is a Seattle native with 30 years’ experience in the local restaurant industry. He started at Ray’s as a banquet line cook in 1995 and has worked here ever since. As he grew and learned more in the kitchen, he figured out his real strength was financials. So he jumped at an opportunity to transfer to accounting in 2008. Ray’s is his home, and he can’t imagine being anywhere else.

Tom’s dad was a pilot in the military when he was growing up, so he got to experience many different countries and cultures. He spent all of grade school in Europe, and his exposure to the food and culture there formed his passion for a life in the restaurant business.

Outside of work, he tends to be an adrenaline junky. He’s always loved fast cars, and has tinkered with them since high school. He raced cars for about 10 years, but is now retired from that, though he still teaches people how to race at the local BMW Club. After cars, he discovered that he could get the same competitive rush from cycling for a lot less money. So if he’s missing from work… he’s probably on his bike somewhere racing along.

Kevin is an energetic and talented chef. He loves the month of May at Ray’s when we source his favorite fish, Copper River salmon from Alaska. He enjoys traveling and trying new foods from all over the world, like the time he lived in Doha, Qatar for two years in high school. During his college years at the University of Washington he worked at Agua Verde Paddle Club in Portage Bay each summer and enjoyed being on the water with ample bird watching opportunities, one of the traditions he has continued here at Ray’s. Kevin loves to view all sorts of bird life from bald eagles to cormorants, belted kingfishers and many other marine birds. When not at Ray’s Kevin can be found playing disc golf with Sous Chef Stephen Rodriguez, studying wine, cooking elaborate meals at home, or hanging with his two cats: Tupaws Shakur and Biggie Paws.

Gus feels very fortunate to be doing what he enjoys the most for the past twenty years—creating and presenting food in new and inventive ways. Starting in 2009 he has been on an incredible journey in the Northwest.

He began at Cave B, a vineyard and resort in eastern Washington. Then moved on to Poppy located in Capitol Hill. Since 2012 he has had the pleasure to be employed at the iconic Ray’s Boathouse. Each restaurant in his Northwest journey has provided the opportunity and blessing to collaborate with great chefs such as Chef Joe Richie, Chef Jerry Traunfeld and of course Chef Paul Duncan whom I currently work with.

Ray’s Boathouse has allowed him to express his own work in a creative manner. He worked his way into the Boathouse Sous Chef position, then was promoted to Sous Chef of Banquets and is currently Ray’s Executive Sous Chef. He is extremely honored to be at a restaurant that supports his creativity and is very excited for what the future holds. Siempre hacia Adelante! 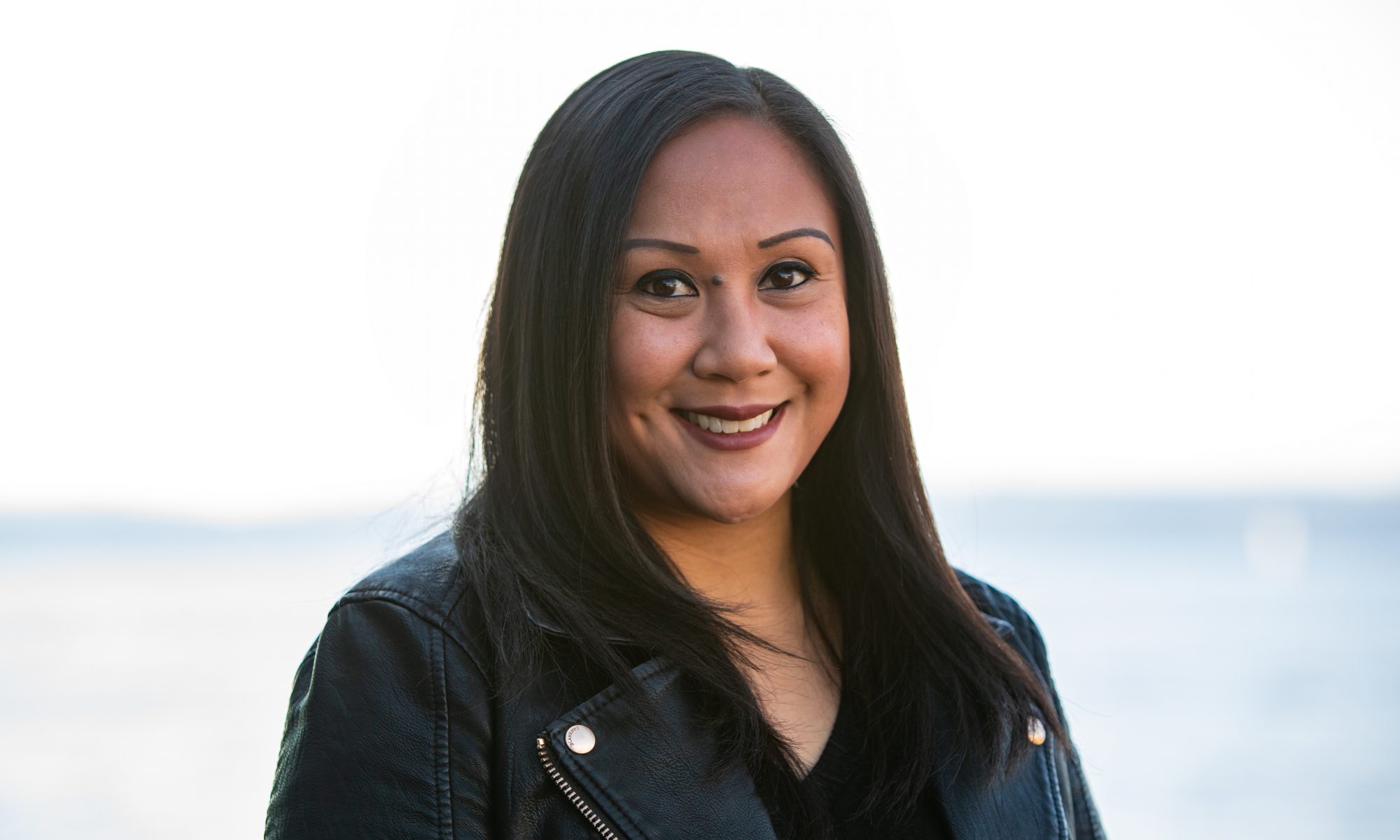 Tina is an active member of the community and supports non-profit organizations that promote health, women, children and animals. Some of her favorites are the Junior League of Seattle, Medical Teams International, Kindering, and The Seattle Humane Society. In her spare time Tina can be found spending time with friends and family, traveling, exploring new restaurants, and cheering for the Seahawks. 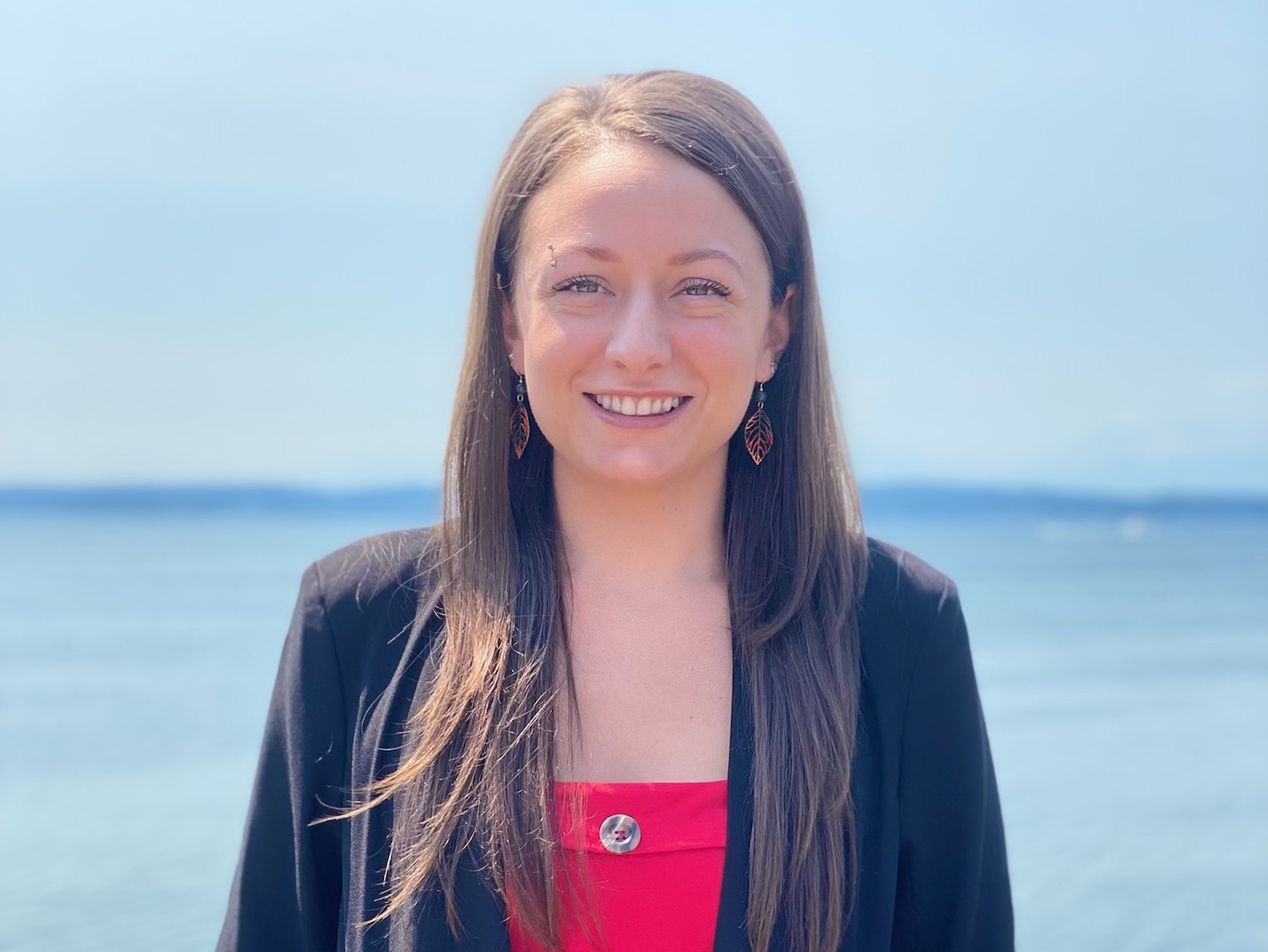 Hannah joins Ray’s Catering team with a dedication to hospitality and extensive wedding, large event and operations experience. Since her first job bussing tables at age 15, hospitality has been her passion and one and only career goal. She graduated from Central Washington University with a BS in global wine studies and a minor in event planning.

Hannah has executed all types of events, from large movie nights at Redhook Brewery, to boutique corporate dinners and weddings at the Alexis Hotel. The details of set up and presentation and making her clients’ vision come to life are her favorite parts of the event planning process.

She has participated in local community events such as The Toast of Edmonds, Chili for Children’s – benefiting Children’s Hospital, and Women in Business – an organization that partners with local businesses owned by women in Edmonds, WA.

Outside of Ray’s she can be found paddle boarding, snowboarding, camping, hiking and enjoying the PNW. She finds inspiration through live music and traveling and loves to play fetch with her cat Gouda – named after her favorite cheese. 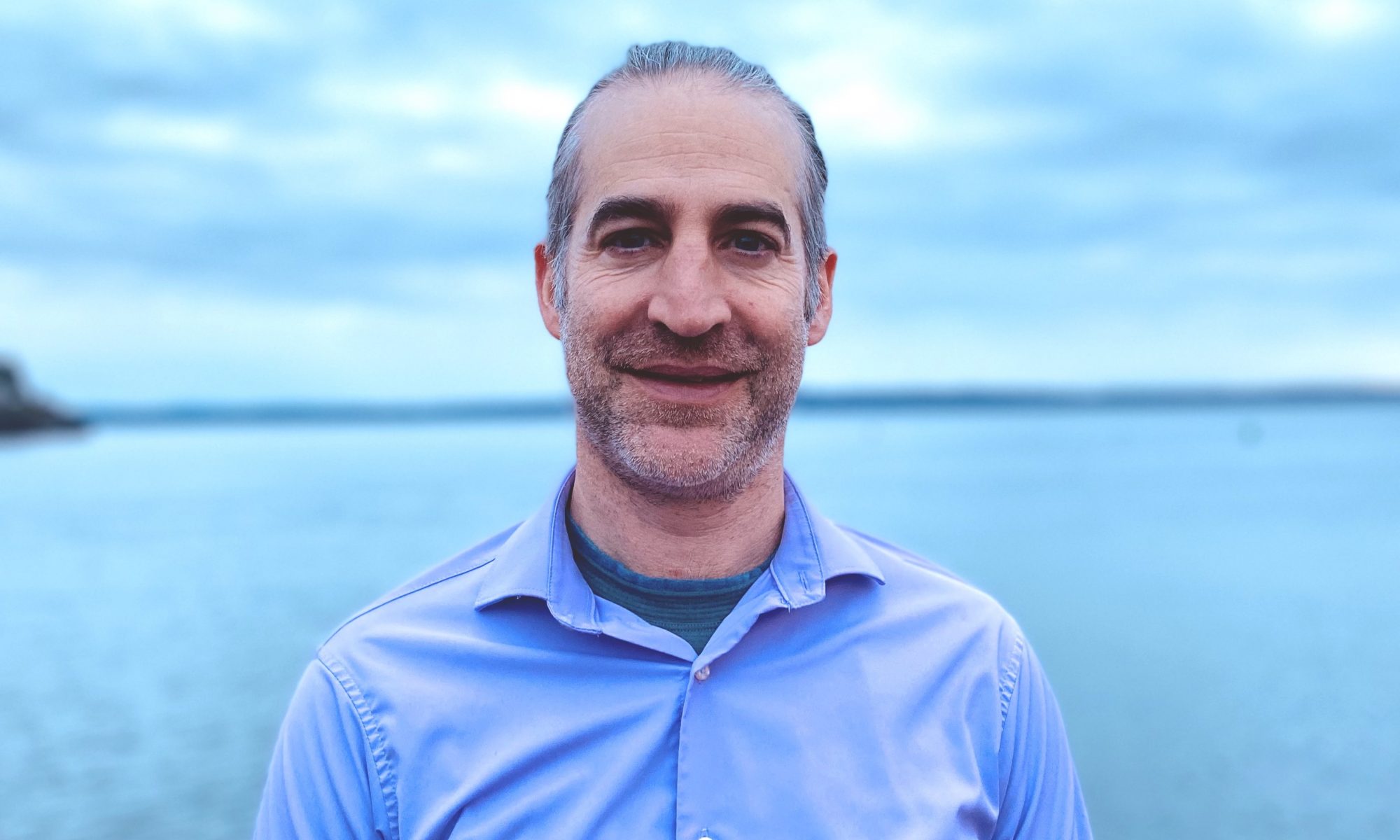 Darrell’s career in hospitality started right here on Shilshole Bay in 1993 while attending Seattle Pacific University. He was working as a busser at a nearby restaurant and he found that he enjoyed the industry more than anything else and continued on.

After working his way up he managed and ran the wine program at Ponti Seafood Grill for several years and then continued in a similar capacity at Nell’s in Green Lake for about 8 years before coming to Ray’s.

Darrell’s favorite wine is a 1995 Chateau Cos d’Estournal Saint-Estephe which pairs perfectly with a New York steak with demi-glace. He enjoys cooking at home and his go-to dish is grilled pork tenderloin with sweet potato puree, sauteed escarole and apple glaze. His hobbies are trail running with his dog and playing pool. When he gets away for travel, he’ll most frequently go to Manta, Ecuador. 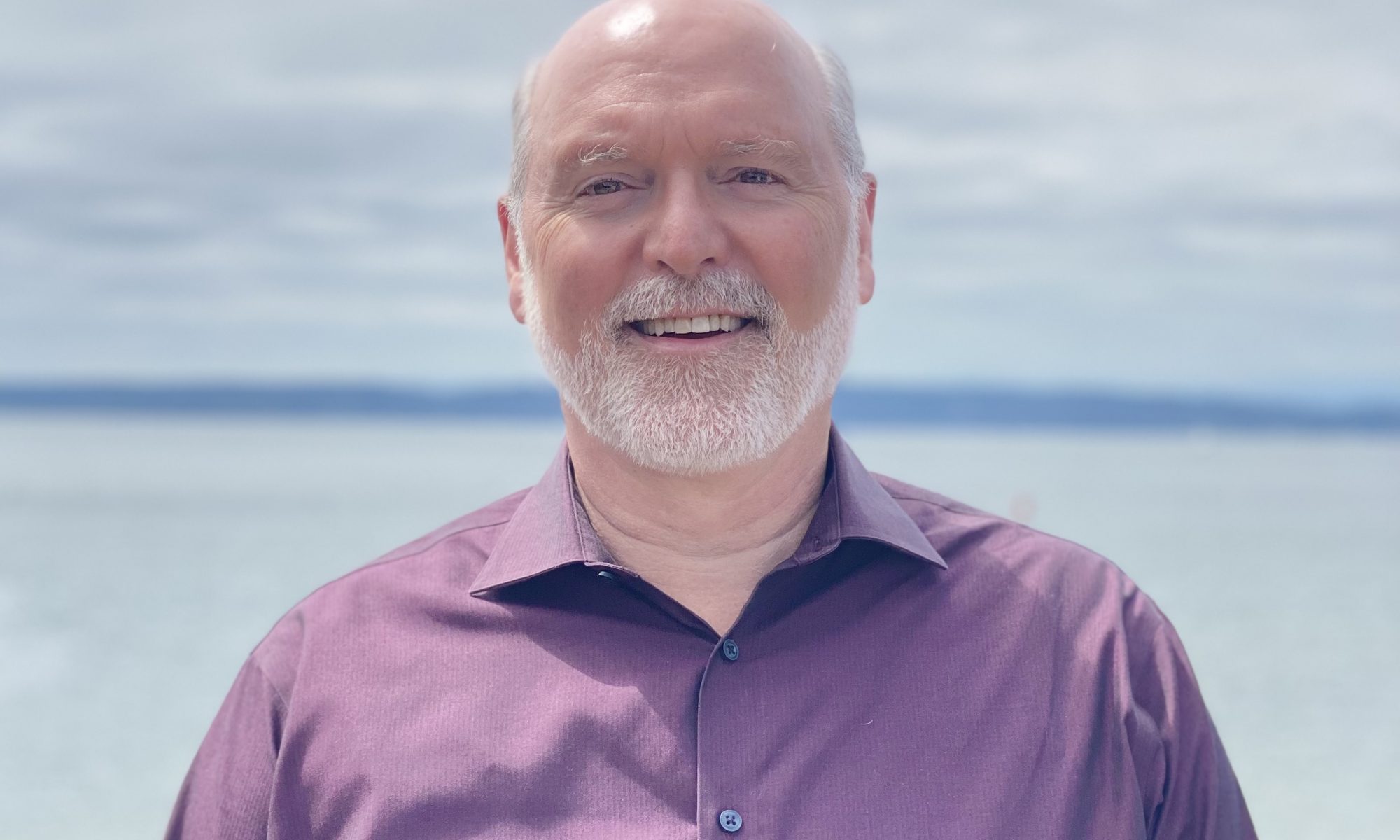 Washington native, Bruce Sturgeon, comes with an impressive resume spanning over 40 years in the wine and restaurant business. He is a Certified Sommelier through the Court of Master Sommeliers achieving multiple awards for the wine programs he has developed throughout his career.

After Bruce completed his tours of duty in Colorado and California he returned to Seattle to serve as the Wine Director at Wild Ginger. For the past 10 years he served as Director of Operations to four world-renowned Seattle restaurants, Steelhead Diner, Blueacre Seafood, Orfeo and Zane & Wylie’s Seattle Steakhouse. His mentorships and teachings to thousands of hospitality staff has transcended the Seattle restaurant scene, with many successfully opening their own venues.

From Aspen, Colorado to Newport Beach, California and Seattle, Washington, Bruce has done hundreds of food and wine pairing events with some of the finest wineries — catering to some of the most discriminating palates from around the world. His knowledge of wines is sought out by wine judging competitions including the West Coast Oyster Wine Competition, The Seattle/Oregon/Idaho Wine Awards, Seattle Magazine Wine Awards, and the Seattle Tasting Panel. He’s been published in several publications including Northwest Food and Drink, The Tasting Panel Magazine, the SOMM Journal. 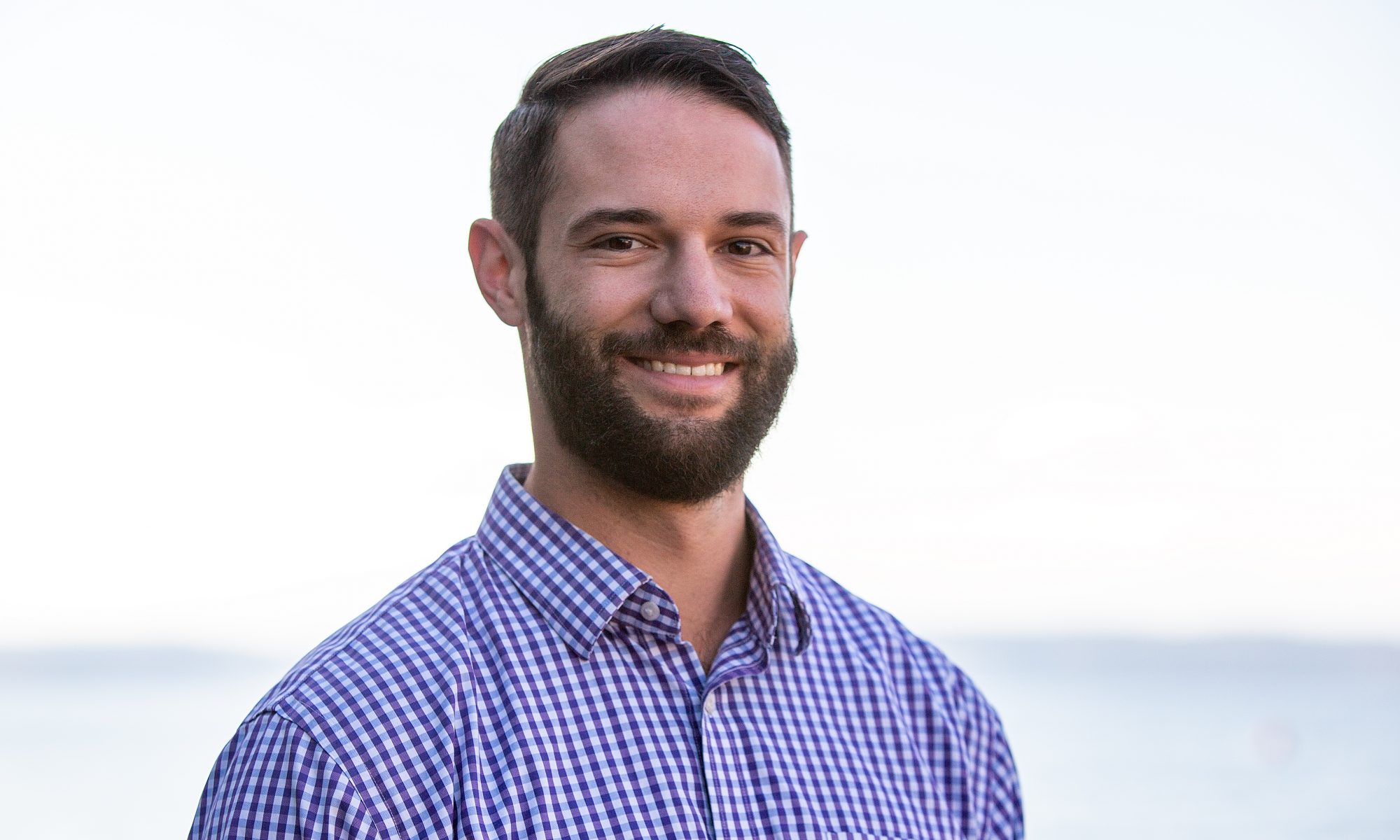 Emmett has been a proud resident of Ballard his entire life. His restaurant career began unofficially as a six-year old at his parents’ restaurant in Magnolia where he would “help seat people” by aimlessly wandering through the dining room with a handful of menus with a trail of trusting guests behind him until he eventually picked a table at random. In the 90s both of his parents worked at Ray’s making him a second generation Ray’s employee.

Since then he’s improved his skills in hospitality by working at a variety of restaurants in Seattle before starting at Ray’s in 2014. He loves to be challenged and has a passion for creative problem-solving that he gets to exercise every day, both at work and in his personal life.

When not at Ray’s he’s proud to spend his time as an assistant varsity baseball coach at his alma mater, Ballard High School. In his free time you’ll likely find him eating and drinking at his favorite Seattle restaurants, at a concert for a local band, on a kayak in the Puget Sound, or at a baseball field both as a coach and lifelong Mariner fan. 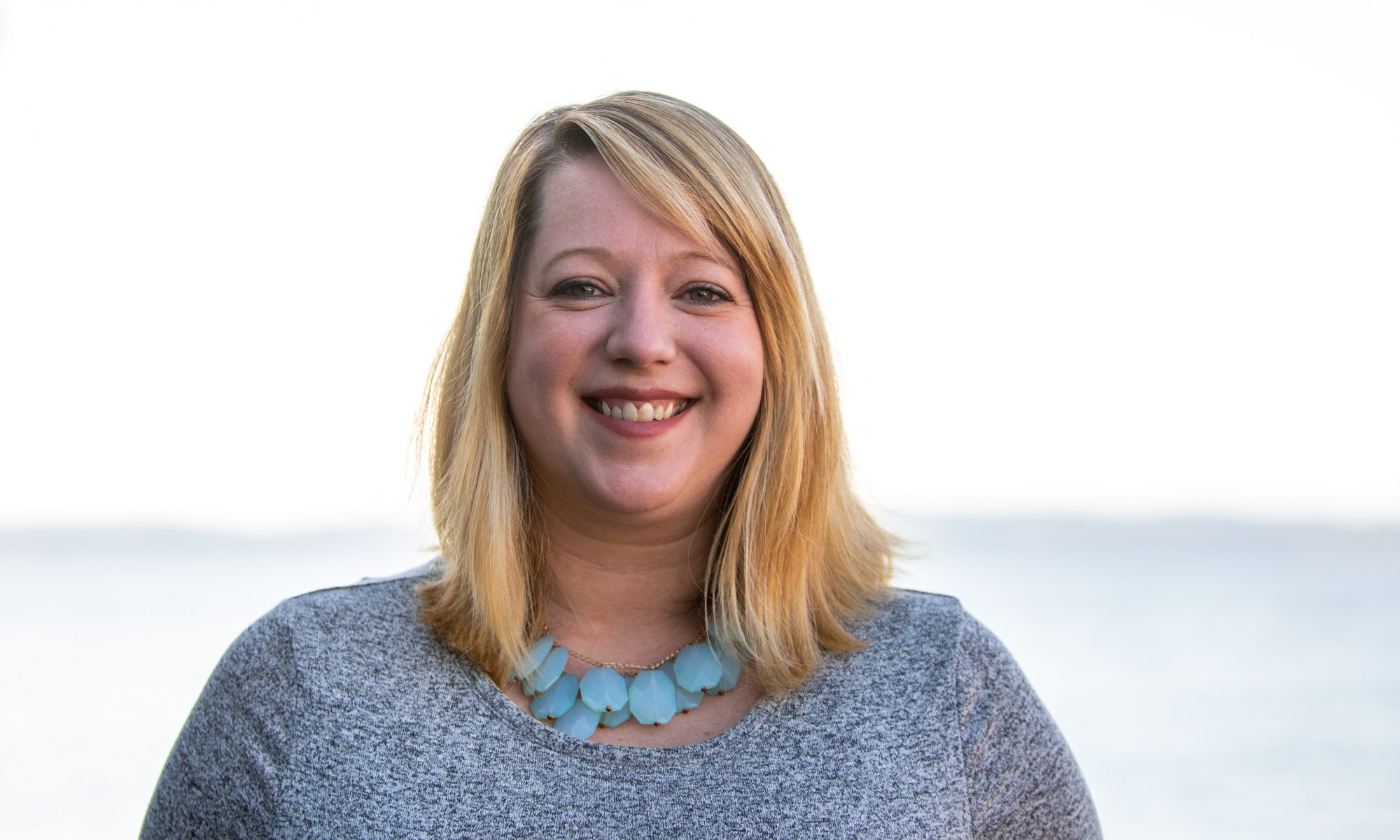 Sarah started her hospitality career at age 18 as a restaurant host in Seattle. In 2010, after attending college and working as a server/bartender in Bellingham, she eventually found her way to Ray’s. She started as a server assistant in the Boathouse and quickly moved upstairs to become a server in the Café and eventually a Restaurant Supervisor.
Sarah is a people person at heart. She has always thought of Ray’s as her family and truly cares about the people she works with and each guests’ overall experience. She loves to learn and grow and recently passed the Introductory Sommelier Course held by the Court of Master Sommeliers. Sarah facilitates the Ray’s experience by using her deep knowledge of Ray’s menus, food philosophy, recipes and techniques both in the kitchen and behind the bar. When she is not at work she loves to be with friends and family, enjoying good food and drinks, and watching the Seahawks!